The parametric wall by Gramazio & Kohler: IronPython and RhinoScript codes 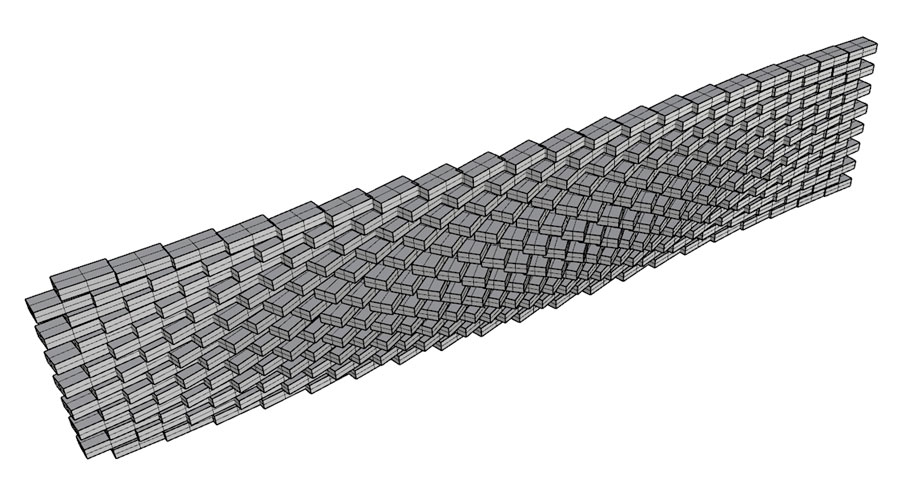 The parametric wall by Gramazio & Kohler: IronPython and RhinoScript codes

Aalborg University, Fall semester 2010: Master’s subject “Formfindings”. I introduced programming using the “parametric wall”. Through a single consistent system of elements and interrelations, designers could rapidly explore a multitude of spatial configurations in what Lars Spuybroek defined ‘the architecture of variation’.

Basic concepts of interpreted programming languages were also presented. I prepared two scripts in order to generate the parametric wall. The first was written in Rhinoscript, the second in IronPython.

Three main functions were implemented in order to add geometrical variations to a basic wall system. The first referred to the curvature of a NURBS surface in order to move and rotate the original brick positions. The second used the RGB values of a TIF image. The third proposed a mathematical function. Refer to the slides below for further details. 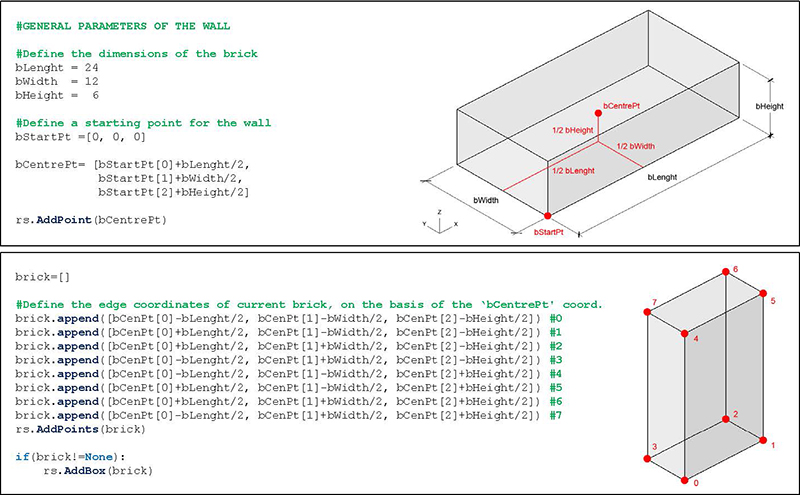 Slide 1: Parametric definition of a brick 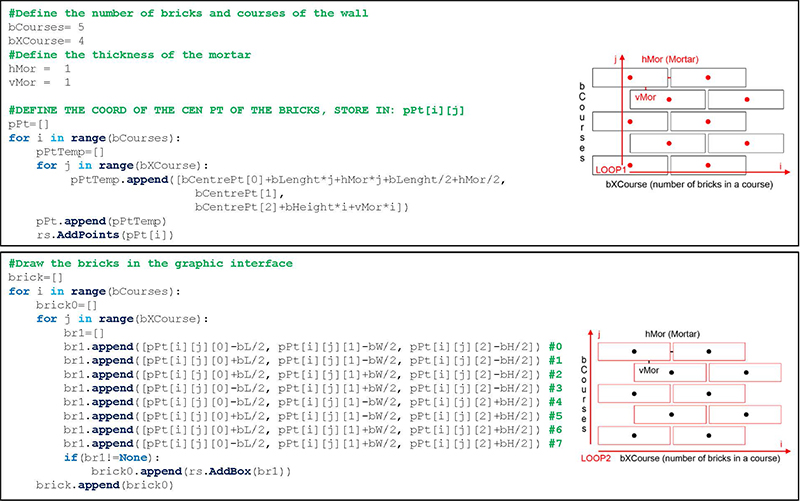 Slide 2: Parametric definition of number of courses and bricks 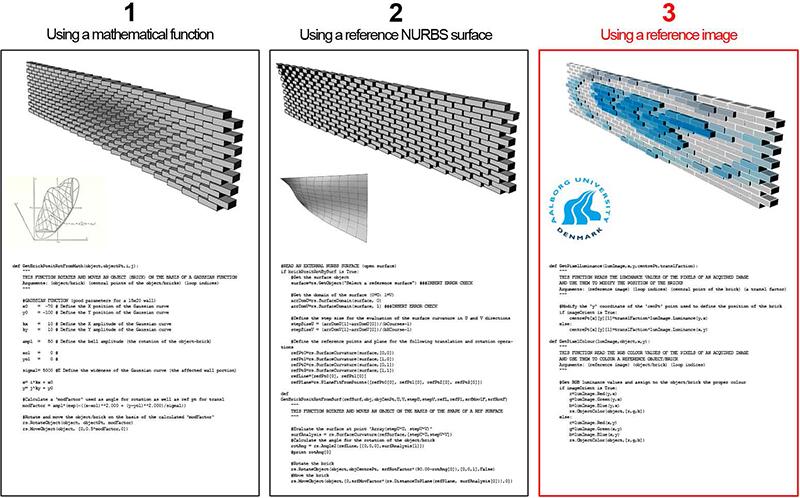 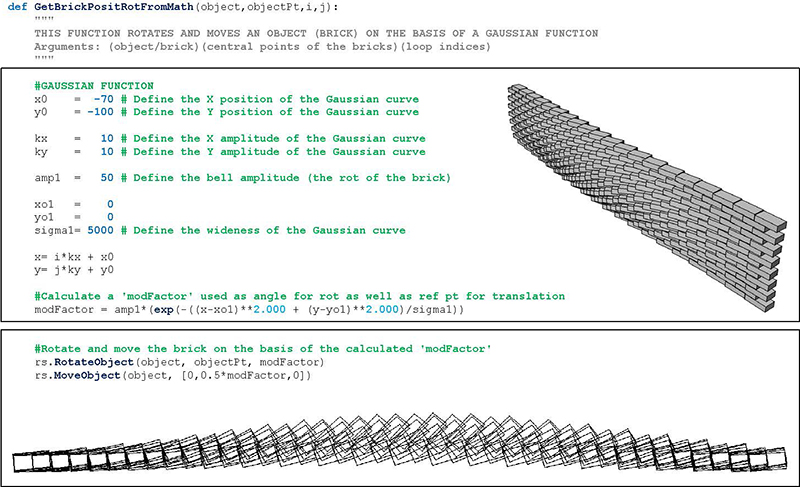 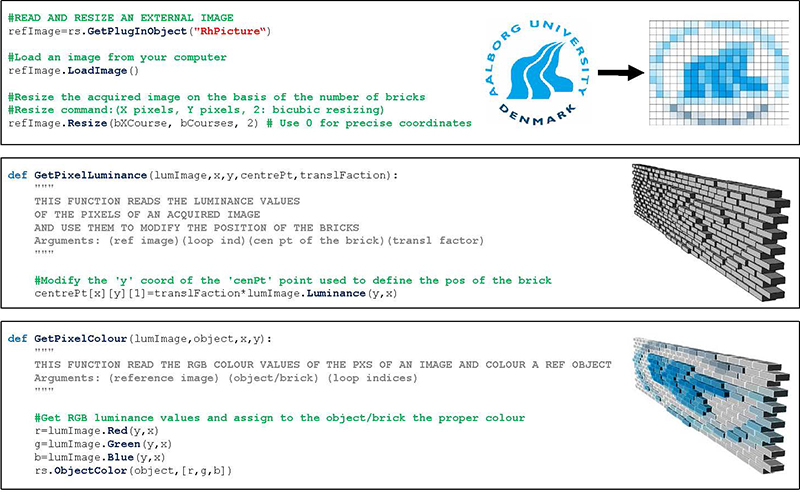 Slide 6: Wall variation through an image