Reciprocity: Spatial structures on the edge 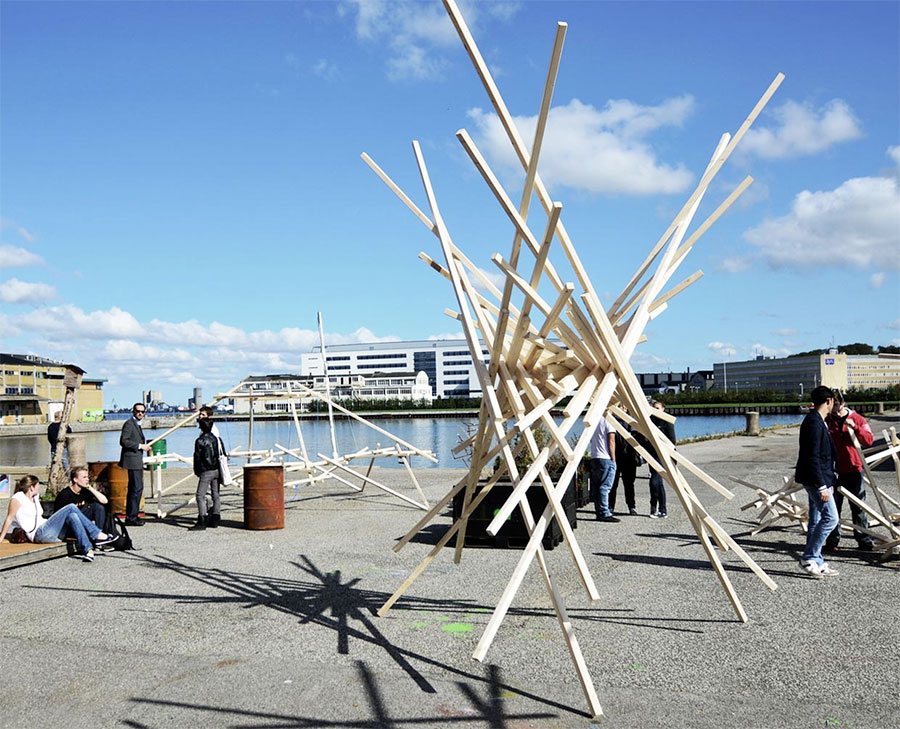 This design and construction workshop was organised at Aalborg University as a 1-week activity in 2010, and as a 2-week studio in 2011. For the second edition, it was an integral part of the graduate subject Engineering Architecture.

The workshop challenged the students with a morphological aspect of reciprocal structures based on superimposition joints, i.e. their natural out-of-plane development due to un-notched bars sitting on the top, or in the bottom, of each other. Such configurations present elements with unaligned axes and they can be regarded as being intrinsically three-dimensional.

Refer to the papers Approaching technical issues in architectural education and Three-Dimensionality in Reciprocal Structures: Concepts and Generative Rules for further information.