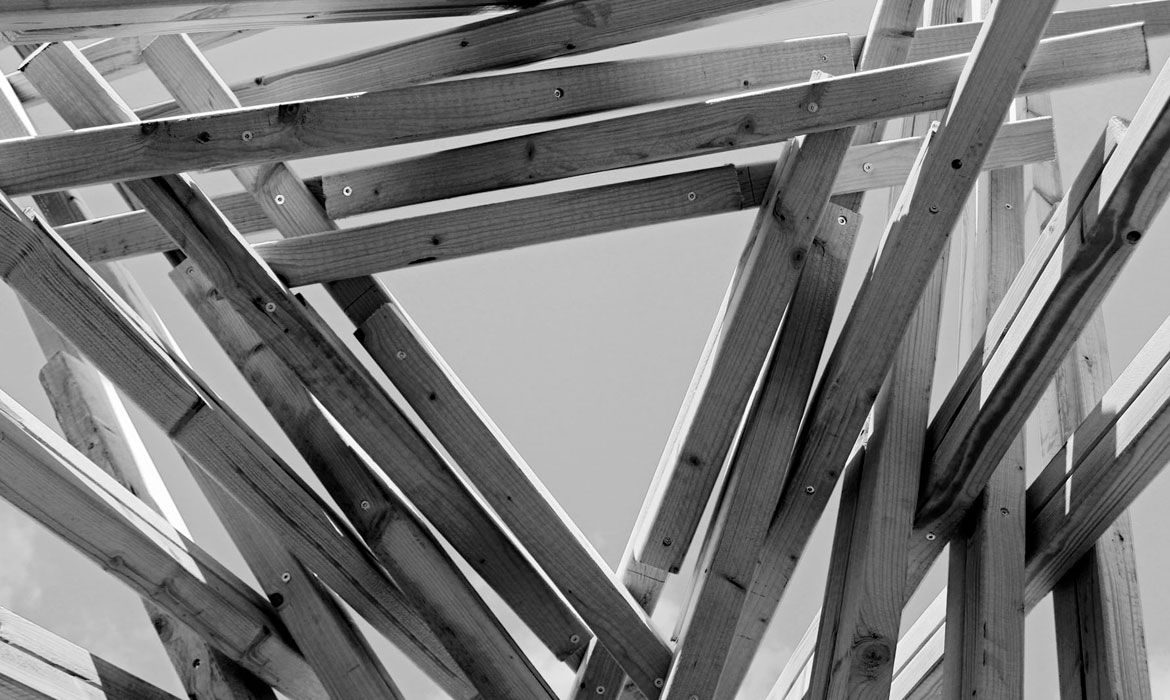 The principle of reciprocity is based on the use of load bearing elements which, supporting one another along their span and never at the extremities, compose a spatial configuration without any clear structural hierarchy (Pugnale and Sassone, 2014).

Reciprocity has been fascinating designers and builders throughout the world since ancient times. Despite the topic has been studied from different academics, designers and researchers, a critical overview of the references was still missing at the time this project started (2011), as well as an outline and discussion of the current and future promising research/design issues. Even an exhaustive definition of the principle of structural reciprocity could not be found in a single text, and it had to be critically reconstructed from several different sources.

Kim Williams, editor-in-chief of the Nexus Network Journal, gave me an opportunity (in 2012) to fill in these gaps by becoming guest editor of a special issue of the journal (NNJ Vol.16, no.1, 2014), which collects a number of new contributions to the field.