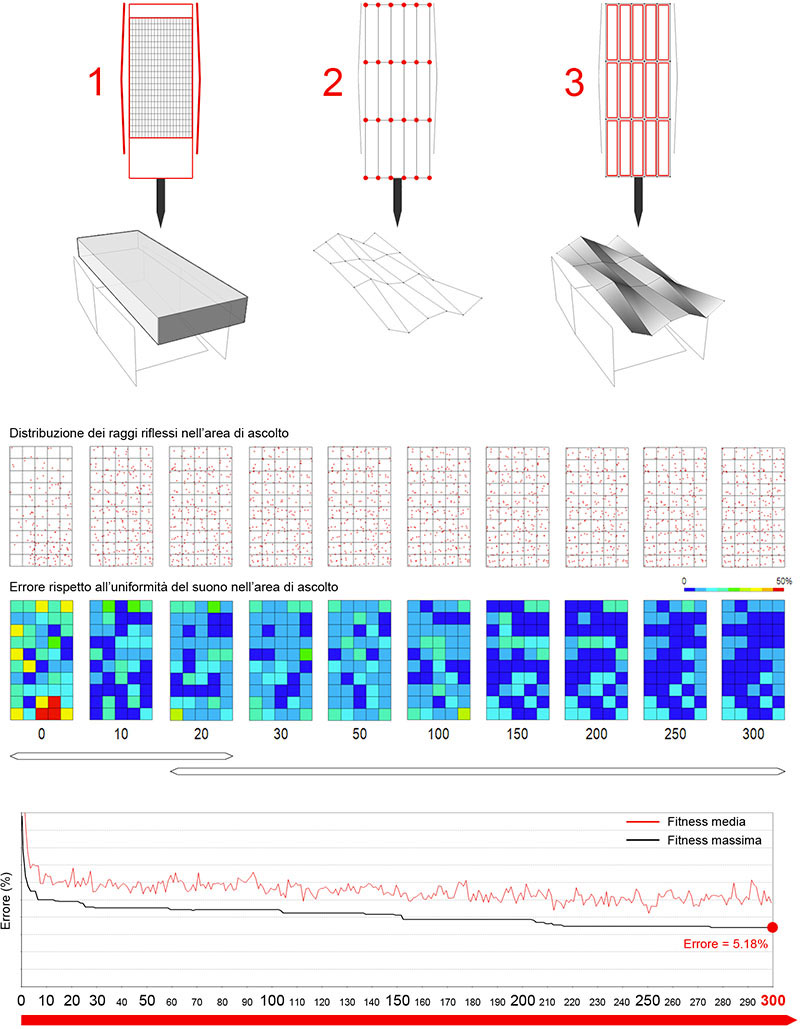 In this research project (2006-2008), computational morphogenesis was applied to the design and optimisation of a large music hall roof. The architectural concept was based on a folded-plate structure, where the dimensions of each plate were different, in order to get a free-form configuration. Moreover, the plates were not planar but slightly warped (as hypars).

The structure was described using NURBS, in Rhinoceros. The acoustic performance was assessed by means of a custom made ray-tracing algorithm, developed in Rhinoscript. The fitness function (or objective function) was targeted to uniform the sound pressure level of the hall seats. A custom-made Genetic Algorithm (developed in Rhinoscript) was used for the actual optimisation process. The evolution of the roof shape towards the optimal solution was interactively controlled by the designer via the Rhinoceros GUI.

Refer to my PhD thesis (Chapter 5), to the IASS-IACM 2008 Proceedings and to this Blog Post for further information.